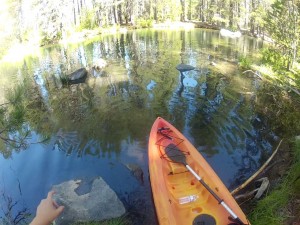 What started out as a great thought and plan, quickly moved into an adventure.  We packed the car and headed up to Tahoe city to spend the night.    After we hit town, we drove around, however what is important to know is the sidewalk rolls up at 6PM.  So we didn’t hit many shops before it was already done.  One of the things we are trying to do is just stop at random places, one of those places was the Lucky 7 Tattoo http://lucky7tattoo.net/. 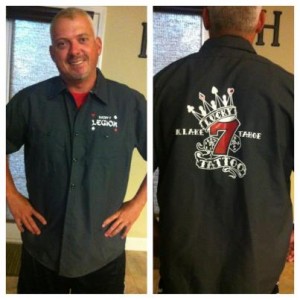 My daughter and I went in, checked out the place and it looked really cool.  It wasn’t time for my next tattoo, of course I only go to Forever Tattoo (Ian) in Sacramento, so we picked up a great shirt and hit the road.  Once we checked into the “LODGE”, which was literally a bed, a door and that’s about it (no anything else – could have brought a tent and had better accommodations).

We were closely located to Steamers Beach Side Bar & Oven.  They had Racer 5 IPA on tap (Nicely played Steamers) and the pizza was five stars, we grubbed it down.   After dinner we walked down to the beach, okay literally like 20 steps and then headed north towards great live music.    We walked into Adrift, the environment was awesome, so low key, good beer (yep) on tap and the band was playing all kinds of great 90’s music.   We sat until their set was over and then it was back to the bed and the door (Lodge). 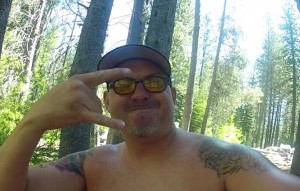 Next Morning it was a quick wake-up, jump in the car and we headed towards Donner Lake.   If you get off at the Donner Lake State park exit, then after you hit the gate, go right, then first dirt lot is the lagoon lot.  Go there, stop there and then look for about two nice sand entry points w/ no big rocks to cut your feet.     I’m a bit mixed on the adventure, so here’s the criteria.. 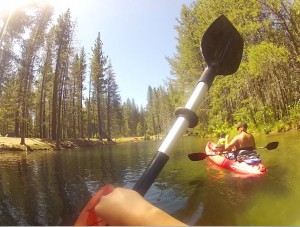 5/10 Kayaks (I’m working on a cool image for this – if anybody has a suggestion please tell me).

Would I go again? Yes.. however I think there’s a lot more lakes to adventure first before I return.   I will say if you are going to donner, go to the lagoon it’s worth it.  Normal lake area is a bit rough.

Happy Paddling folks..    – drop me a note if you have been here, have questions or any comments about the gear I’m utilizing.

This entry was posted in Kayak, Uncategorized. Bookmark the permalink.